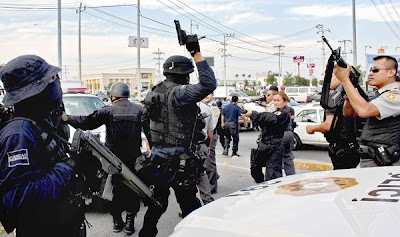 Amazing to read the report and your response to the unrest. May God bless and protect you and use this for his glory. May his grace abound. We are praying.

This doesn't surprise me the least. I'm not talking about the violence, I mean the way God has his people in the frontlines everywhere. My family is there and I thank you for praying along with us to make that city better. I thank you for feeding the hungry. At the end, God triumphs.

I have spent some time ministering in the region between Miguel Aleman and Camargo. I found the people there to be very hungry spriritually and they are very loving people as well. I believe God will do a mighty work there to show Himself strong, just as He did when I was there last and saw Him touch many hearts.

I continue to pray for all my brothers and sisters in Christ that live across the border in the region. I pray for God's holy angels to bring protection and for the Holy Spirit to move on the hearts of the people for complete transformation.