Outflow - Giving It All Away

There was no greater outflow in the entire universe than on that fateful day at Calvary when the blood was drained from Emmanuel's veins. God gave us His very best. And to all those who receive this precious gift, God gives them His righteousness, in His Son Jesus, with all the resources of God's Kingdom made available to them through the Holy Spirit. This and eternal life are our inheritance. God's plan for us who have recieved His inheritance is to go and give it all away! Freely we have received, so freely we give. Today is the day of God's salvation!

As a missional church plant that has been called to invade the culture of our city and subvert it with the love of Christ, we have been prayer walking the downtown club district every Friday evening between 6:30 and 9:00 PM. We have been praying for a shift in our city and for the downtown adult entertainment district to be overcome by the glory of God resulting in an awakening that will draw all men & women to Jesus. So far we have seen some interesting things begin to happen.

One of the more interesting things that has happened is that as we have been praying in front of the area’s only adult bookstore each week, the devil has been getting more ticked-off. After we prayed there 3 weeks ago, the following week they put up a sign in the door that says “NO LOITERING ON THE SIDEWALK OUTSIDE”. Of course this is a public sidewalk and we are within our legal and constitutional rights to pray in front of the store as long as we don’t block customers going in and out, which we haven’t and wouldn’t. We don’t harrass the customers, nor do we carry any signs of protest. We just form a circle and pray.

Last Friday (7-18-08) there were 6 people including me and my wife. As we were circled-up praying quietly, the owner came out and began to yell and scream every fowl curse word I think I’ve ever heard at us. (As an ex-biker gang member, he could have made the whole gang blush!) He threatened to call the police on us for loitering in front of his store (again, we were on a public sidewalk) and then he began to throw huge handfulls of dirt and bark mulch from the new decorative planting area between the street and sidewalk on us until all 6 of us were covered with dirt and mulch. (The picture above is an older picture and does not show the new planting area.) We had it in our hair, down our shirts, in our pockets, in our ears, and all over our clothes! LOL! He also intentionally and forcefully walked between us as we were praying, almost knocking one of the women down. Well, 3 police units finally showed up and told the owner we were within our rights to do what we were doing and if he continued to use fowl language around the women they would arrest him and he would have to pay a fine. They furthermore told him that if he threw anymore dirt and mulch on us, or touched us in any way, they would arrest him for assault.

The owner of the Adult Superstore then told the police he was going to call all his gang-banger friends and stand in front of our church and turn up their boom boxes. That’s when I said, “Come on by, bring all the gang-bangers you can, they are welcome.” (I figured we would have a captured audience!) The cops saw it as a threat and told the owner that the city ordinance designates churches as “Quiet Zones” and if he did anything disruptive to our church that he and his gang-bangers would be arrested. Funny thing is, he doesn’t even know the name of our church! Anyway, the police warned us that he might be serious. I told the police we were used to this kind of response from the devil and that I did not want to press any charges against the owner. So the police THANKED US for praying in the area and especially in front of the porn shop. They said if we had any problems to just call.

Last week we prayed in front of a club in the same area as the porn shop that has had a problem with gun violence. It's a hip-hop club that is frequented by gang-bangers, some who are under-age. In the last 15 months up till last week there were 3 shootings that resulted in one man shot in the face, a 15 year-old shot in the neck, and a man shot and killed on New Year’s Eve 2007. Right after the murder, the club owner cancelled his lease, that's whe we offered the owner of the building an opportunity to let us use the building temporarily as a church, but he turned us down. He instead leased it for use as a club again to someone who claimed (to me) to be an active member of a local mega-church. When they opened the club, the ads in the local urban news rag showed a woman laying on a couch dressed only in a skimpy 2-piece lingerie!

So we prayed over the club last week and that the building would be used for God’s purposes. We also prayed for the owner of the club because he was mocking God with the name of the club (Club Pure) and his ads were semi-pornographic. All this while at the same time claiming to be a Christian involved in a local mega-church. We prayed that God would get his attention. Well, God acted swiftly. Two days later the owner was shot in the back inside the club! Thank God he was rushed to the hospital where he was expected to recover. Now the city council and the police are trying to shut-down the club and declare the building a public nuisance, keeping it from ever becoming a club again!

No one can ever tell me that being a Christian isn’t exciting! 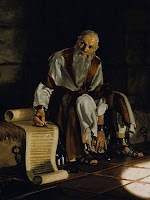 The outflow of God's word is to be seen and manifested in the lives of His true believers. The apostle Paul wrote that we are living epistles, known and read by all men. That we are an epistle of Christ, written not by hands, but by the Spirit of the living God; not on tablets of stone, but on tablets of the heart. (2 Cor. 3:2&3) Christ was full of mercy and grace, and He was moved with compassion. Are people
seeing the same writen on our hearts? Oh Lord, search our hearts. Change us. We want to be just like you!

Paul Washer brings conviction to 5000 youth...and possibly you too!

Outflow - Pray for the Great Awakening 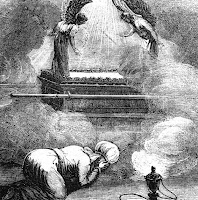 If we want a true outflow from God, then we must let our petitions and prayers flow out of a thankful heart to Him who sits on the Throne of Grace. And as long as we ask within the boundries of His will, He hears us and gives us what we ask for. John Wesley once said, "God can do nothing in the earth, except a man pray." All we need is to pray with the faith of a tiny mustard seed and God can do BIG things! He wants to outflow a great awakening in the Earth like never before. So pray and believe!