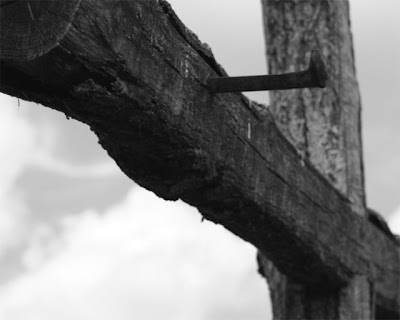 Obedience to God requires all of us who are His to lay down our own agendas, our own ways, and our own ideas, in order that we might receive the outflow of His will in our own lives. Jesus was obedient, even unto death on a cross. By Christ's example of obedience, we are being asked to follow Him in our own obedience, even if it requires great sacrifice. We are called to "love not our own lives even unto death". The early apostles of Jesus were each obedient to His commands to go into all the world and preach the gospel of His Kingdom, and to make disciples of all nations. As they did, they were all persecuted, some even unto death. Are we willing to be obedient to that great an extent? Are we really ready to be obedient to Christ, even if it costs us our lives? It just might!

Are We Incarnating The Life Of Christ And The Kingdom Of God To The World?

In response to the many arguments that have come to fore with regard to the death of larger, older, and denominational churches: I believe the Church universal, as an amalgam of varying styles, methods, locations, mission, vision, tribes and tongues, as long as it does not stray from the basic tenants and orthodoxy of biblical teaching, and as long as it is focused on the missio Dei (mission of God), is just fine with the One who purchased the Church with His own blood. Any church, whether it be a small house church, a larger gathering in a building, or an open air gathering, if it does not incarnate the life of Christ and the Kingdom of God, or preach Christ and Him crucified, all that they attempt to do is most certainly done in vain. Furthermore, Acts chapter 4 was clear that the Church met daily IN THE TEMPLE AND FROM HOUSE TO HOUSE. To imply that one is more approved unto God than another is in error.

It takes all manner of people, personalities, callings, and giftings to make up the Ekklesia. Certainly if we were all attending smaller house gatherings, there wouldn't be enough resources to fund much in the area of domestic or foreign missions. Furthermore, as a pastor of a smaller church community myself, I find that smaller gatherings are often times hindered in their vision and mission because quite a bit of that vision and mission requires substantial provision in order to accomplish the task. This takes many people who are willing, and called, to come along-side in order to help fund that vision and mission. This usually requires brick and mortar facilities to accommodate the gathering of the saints and to centralize operations in order to proficiently house those operations which are critical to accomplishing the God-given vision and mission. (Of course, the key phrase here is "God-given".)

No matter whether you are pro house church, or pro larger gatherings, if that body of believers has become stagnant and just holding on to the status-quo, they have become disobedient to God and are at risk of having their one "talent" taken away and given to the one who has multiplied the "talents" that were given to them. I have seen house churches and mega-churches both bury their "talents". As an example, there are at least two mega-churches in my city that exceed 20,000 members EACH! They have certainly managed to create their own "kingdoms". But if each of these churches divided into 20 churches of 1000 people each, they would total 40 churches of 1000 people spread out around the city and would have a HUGE impact in their respective neighborhoods! But they continue to follow the old, tired attractional model of church rather than become missionally and incarnationally focused. This is inefficient and being wasteful of the "talents" that were given to them.

As long as the majority of churches continue on the track of being attractional and inward focused, there will be many who join the growing anti-church movement. In the current postmodern, and post-postmodern world, we must be truly incarnational and demonstrate the love and power of Christ within the context of our local communities. When the people within our respective communities begin to see the cross working in our lives and changing us, and when they see the true power of Christ in manifestation just like they did in the book of Acts when Peter encountered the crippled man at the gate, then perhaps we will begin to see a less contentious environment towards the Church.

Is Churchianity Killing The Church?

We all know that the back door of many churches is much bigger than the front door. People are leaving traditional churches in unprecedented numbers. Many more people don’t really care one bit where the front or back doors are; they certainly don’t want to get anywhere near a church on Sunday. Some would say that an unfriendly or clique-ish atmosphere is the reason people are leaving in droves, or not even coming to church in the first place. However, it is only one of myriad reasons why many mainline churches are dying.

The "2000 pound elephant in the room" is the churchianity subculture that exists in most churches today. That subculture has caused the church to have minimal impact on an increasingly hostile landscape due to a serious lack of relevance within the broader cultural and postmodern context. It is imperative we drop all our pretentious Christianese language and unfruitful traditions, and begin to see how others outside of the church view our conversations and behaviors. Just our conversation alone can drive people away because it seems like a foreign language to them. We MUST begin to see and hear ourselves through the eyes and ears of the un-churched and make radical adjustments to our churchianity culture. In other words, WE MUST GET REAL!

The other thing that is killing off churches faster than rat poison in a room full of rats is our "model" of church. Are we being missional/incarnational, or are we still trying to be attractional in our form of church? 90% of churches today are still operating an attractional model of church. THAT IS NOT WORKING ANYMORE! We must stop trying to be consumer oriented and programmatic. Just hoping and praying that the products and programs we offer will cause people to come to the church on Sunday is failing, THEY ARE NOT COMING! We must begin to look at the context around us as a mission field and go into that context incarnationally. And while the orthodoxy of our message of Christ and Him crucified never changes, it has become necessary that we contextualize our methods of getting that message to those who are outside of the Church. This means we need to be creative and get our hands dirty. It also means we need to develop loving, compassionate, and authentic relationships with those God providentially brings across our path; and according to Luke, chapter 14, those He sends across our path will look more like the lame, blind, sick, maimed, and poor.

We have a mandate from our Lord Jesus Christ to GO into all the world… the world DOES NOT have a mandate to come to us! I believe the word "GO" is an acronym for "God Ordained". When we GO into all the world God ordains us to bear fruit for His Kingdom, and the churches will stop dying when we start going! North America is now the largest English speaking mission field on the planet! The Church has abdicated its responsibility to send its people as lights into the darkness. Today, most churches are nothing but a bunch of dim bulbs trying to outshine one another! As we go, we cannot drag our churchianity with us, we must leave it behind and learn how to become all things to all people just as the apostle Paul did when he went to the Areopagus on Mars Hill, and it is written that many there believed. He didn't win them by cursing their gods; he won them over by showing them the one true God.

Like Paul, our community of Christ followers have won many to God by GOing into the marketplace. We are learning to stop speaking in our shallow and irrelevant Christianese language. Instead, we ask relevant questions; then shut-up, wait for an answer and listen... really listen. People want to know that someone genuinely cares and is listening to them. We are learning daily what it means to walk in compassion and love as we endeavor to walk in radical servanthood. This is what it means to be missional and incarnational.

The only way we will ever keep the church from dying, is when we as Christ followers start living! And that means we must live intentionally and incarnationally by demonstrating the love and power of Christ to those around us who are in darkness and without hope. Again, we are going to have to be creative and often times take huge risks in order to look more like Christ in an ever-changing cultural, political, and religious environment. But who ever said following Jesus was safe?