Outflow - Good Works...Walk In Them! 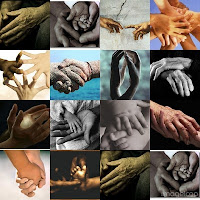 The outflow from God is demonstrated through a life of good works that were ordained beforehand for us to walk in. For it is through the outflow of our good works that many will behold the love of our heavenly Father and give Him all glory! But let us consider one another to provoke each other unto love and to good works, that they which believe in God might be careful to maintain their good works in the sight of God and all men. These things are good and profitable unto all who believe.


Extremist Hindu groups offered money, food and alcohol to mobs to kill Christians and destroy their homes, according to Christian aid workers in the eastern India state of Orissa.

The U.S.-based head of Good News India, a Christian organization that runs several orphanages in Orissa — one of India’s poorest regions — claims that Christian leaders are being targeted by Hindu militants and carry a price on their heads. "The going price to kill a pastor is $250," said Faiz Rahman, the chairman of Good News India.

Ram Madhav, a spokesman for the Rashtriya Swayamsevak Sangh (RSS), the largest hardline Hindu group, denied the claims. “The accusation is absolutely false,” he said. 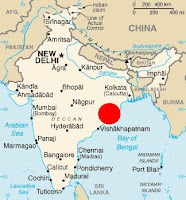 Orissa has suffered a series of murders and arson attacks in recent months, with at least 67 Christians killed, according to the Roman Catholic Church. Several thousand homes have been razed and hundreds of places of worship destroyed, and crops are now wasting in the fields.

In recent weeks, the violence has subsided but at least 11,000 Christian refugees remain in camps in Kandhamal, the district worst affected. “They are too scared to go home. They know that if they return to their villages they will be forced to convert to Hinduism,” Father Manoj, who is based at the Archbishop’s office in Bhubaneshwar, Orissa's capital, said.
Posted by Fr. Richard L. Jones at 11:29 AM No comments: