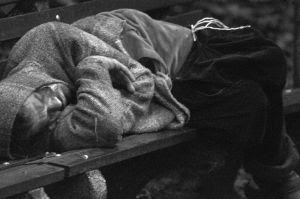 Then He also said to him who invited Him, “When you give a dinner or a supper, do not ask your friends, your brothers, your relatives, nor rich neighbors, lest they also invite you back, and you be repaid. But when you give a feast, invite the poor, the maimed, the lame, the blind. And you will be blessed, because they cannot repay you; for you shall be repaid at the resurrection of the just.” (NKJV)

DID THE WRITERS OF THE HINDU VEDIC RELIGIOUS TEXTS KNOW THE BIBLICAL GOD?
Hinduism advocates Idolatry. Primarily it preaches polytheism. The hindu pantheon is so big that it puts the number of gods at 330 million and even more.However any reader of these texts could observe that few verses reflect the spirit of the Bible. How could it be so?
In Rigveda, there is a sloka(verse) which is the basis or foundation for Idolatry. It is "Ekam sath vipra bahudha vadhonthi"
Sath = Truth (The God)
ekam = is one.
vipra = (but) the scholars who study the hindu vedic
religious texts
vadhonthi = say about him (i.e., that truth or the God) or call him
bahudha = by various names eg.,he is fire, he is eagle and so also
so.
Meaning:- The God is one. But the scholars who study the hindu vedic religious texts call him with different names and worship him.
The four vedas are the Hindu vedic religious texts.They are 1) Rigveda 2) Yajurveda 3) Samveda and 4) Atharvanaveda. These contain the basic tenets of the Hinduism. They contain the teachings of various sages and truth seekers. They made attempts to seek divine wisdom by applying human understanding outside the purview of the Bible.Their attempts were against the spirit of the Bible. The Bible says that the Idolaters (which implies inclusion of the writers of the pagan books) know who is the True God i.e., the God who had revealed Himself in the Bible.
Romans 1:19 - since what may be known about God is plain to them, because God has made it plain to them. read chapter
Romans 1:20 - For since the creation of the world God's invisible qualities--his eternal power and divine nature--have been clearly seen, being understood from what has been made, so that men are without excuse.

Romans 1:21 - For although THEY KNEW GOD , they neither glorified him as God nor gave thanks to him, but their thinking became futile and their foolish hearts were darkened.

Romans 1:22 - Although they claimed to be wise, they became fools

Romans 1:23 - and exchanged the glory of the immortal God for images made to look like mortal man and birds and animals and reptiles.(NIV)

(emphasis in verse No.21 is mine)
Thus they bypassed the True God and invented human gods intentionally.The writers of vedic texts claim that they were inspired and guided so to write these books by some supernatural power and We Christians are well aware of who he is.
One thing to be noted is that to the Christians, God is the Creator and Omnipreseent and to the Hindus also God (who is in their mind) is the Creator but all-pervading. However in respect of the Godship, the Biblical views prevail over pagans' views.The Biblical God is the true God and He can be known only with the help of the Holy spirit.
Significantly one vedic religious sloka (verse)which is mentined below says that one cannot approach the God by the study of the Hindu vedic religious scriptures.

"Nayam atma pravacanena labyho
Na medhaya na bahuna srutena
yam ev aisa vrnute tena labhyah
tasyaisa atma vivrnute tanum svam".
(Sloka No 23 of Chapter 2 of Kathopanishad of Krishna yajurveda, Page Nos. 67 and 68. translated by Swamy sarvananda, Published by Sri Ramakrishna math, Chennai, India. The same sloka is also found in Mundaka Upanishad of Atharvanaveda in third mundaka, 11 canto.Sl.No.3, Translated by Swami Gambhirananda P.Nos.85 and 86, published by Advaitha ashram, Kolkota, India).
Ayam = this
atma = supreme being means God
pravacanena= by the study of the vedas (Hindu religious texts 4 in
number)
na labhyah = can not be attained
na medhaya = nor by the intellect
na bahuna srutena = nor by much learning
esah = this (supreme being or God)
yam = whom
eva = alone
vrnute = chooses
tena = by him
labhyah = is attained
tasya = his
esah = this
atma = supreme being or God
svam = its own
tanum = form
vivrnute = reveals.
Meaning = This atman or supreme being or God cannot be attained by the study of the vedas (Rigveda, Yajurveda,Samaveda and Atharvanaveda which contain the basic tenets of the Hindu religion) nor by intellect nor even by much learning, by him it is attained whom it(God) chooses, this his, real form.
These words were said to by the Death to one Nachiketa a young boy ( the main character in kathopanishad) when he had asked the former about the things in the post death life. I have followed the interpretations of the non-advaitic commentators who belong to the Dvaita and Visistadvaita schools of thought.
The above vedic sloka clearly states that the vedic texts could not help human beings to approach the God. It admits that one can approach the God only if he is chosen by him(God) or only God chosen people will see him(God).
Kathopanishad is the most important book of the Hindu religious literature and all the sanskrit vedic scholars agree in one accord that it is the basis for the writing of Bhagavadgita, a popular hindu religious book which is revered by all hindus and which is found in the Bhishma parva of Mahabharat.


The above mentioned sloka clealry states that only God chosen people will have the revelation of the God. Let me explain it in the Biblical perceptive.

Deuteronomy 7:6 - For you are a people holy to the LORD your God. The LORD your God has chosen you out of all the peoples on the face of the earth to be his people, his treasured possession.(NIV)
Deuteronomy 10:15 - Yet the LORD set his affection on your forefathers and loved them, and he chose you, their descendants, above all the nations, as it is today.(NIV)
John 15:16 - You did not choose me, but I chose you and appointed you to go and bear fruit--fruit that will last. Then the Father will give you whatever you ask in my name.
John 15:17 - This is my command: Love each other.

John 15:19 - If you belonged to the world, it would love you as its own. As it is, you do not belong to the world, but I have chosen you out of the world. That is why the world hates you.(NIV)
1 Peter 5:13 - She who is in Babylon, chosen together with you, sends you her greetings, and so does my son Mark.(NIV)
Thus God's revelation is available only to the chosen people.The hindu vedic sages can find the revelaion of the God only in JESUS CHRIST. One may question how can the Biblical tone or spirit be seen in the slokas or verses written by the hindu sages or truth seekers in sankrit language who were the exponents of the Idolatry?. I have already answered this above by quoting Romans 1:21. So keeping in the back drop of this Biblical verse, we can say that unwittingly te vedic writers had written certain verses which reflect the spirit of the Bible ofcourse very rarely.

I think that it is pertinent to mention a sloka mentioned in Taitthireeya Aranyaka of Krishna Yajurveda. To the surprise of the World Wide Christendom,it is found there in that vedic text. According to secular historians, Krishna yajurveda was composed at a place named Kurukshetra in the state of Haryana, India around 8th century B.C; According to Sayanacharya, the author of Niruktham, one of the six vedangas, the Krishna yajurvedam was composed by Thitthiri sage.
The said sloka is produced below.
"SARVA PAPA PARIHARO RAKTHAPROKSHANAM AVASYAM. TAD RAKTAM PARAMATHMENA PUNYA DANA BALIYAGAM"
Sarava papa = All sins of the all human beings
pariharo = in order that they can be redeemed,
rakta = blood
prokshanam = sprinkling
avasyam = is compulsory, or a must
tad = that
raktham = blood
paramathmena = should be that of the God, who is the creator
punya = that comes freely
danam = as a gift
baliyagam = which is to come through sacrifice of him (God).
Meaning = For the forgiveness of all the sins of all human beings and redemption of them, sprinkling of the blood is a must and a compulsory act. That blood should belong to the God who is the creator and it shall be donated to the human beings by Him as a free gift through his sacrifice".
We can see the above mentioned was fulfilled in the death and ressurrection of our Lord Jesus Christ who was born to a virgin by the Holy spirit and sacrificed His life for the forgiveness of our sins and for our redemption, on the Cross in 28 AD or 29 AD.
Thus we can say that the vedic writers know The true God THAT IS THE BIBLICAL GOD, but ignored Him in their approach to invent false gods who cannot save and redeem the human beings from their sins. Therefore We, the believing chritians shall pray the Lord God to unveil the cover that gripped the pagans in blindness and make them known Jesus Christ, the Biblical God as their saviour.
GOD BLESS YOU
Pastor H A Naik
India

Greetings in the name of Lord Jesus Christ. Could you kindly help me with the sloka reference i,e. skanda number and verse number for the below sloka

Thanks in advance for all your help.

Jennifer,
The sloka you reference is found in the Athar Veda.